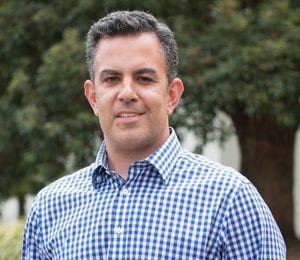 California Health and Human Services Agency (CHHS), one of the state’s largest agencies, aims to make California residents among the healthiest in the nation. Over the past several years, CHHS focused on increasing public access to health-related data, operating with greater levels of transparency and embracing more innovative approaches to its operations. To that end, CHHS is aiming to revitalize the way services are delivered and promoted throughout the state, as well as to improve operations among its offices and departments.

With that goal in mind, CHHS brought in FUSE Fellow Niles Friedman in 2015 to build an Office of Innovation for the agency and to initiate a movement to support a culture of innovation.

Managing the creation of the staffing model and office was part of Friedman’s primary role as a fellow. Threaded throughout every initiative and strategy was building a movement that embraced innovation at the core of the department’s function. To do that, Friedman had to get alignment on what exactly “innovation” meant to CHHS, and how that could translate into concrete actions that departments could take to transform service delivery and ultimately the lives of Californians.

Read the full article on fusecorps.org