The Federal Government has issued a final public charge rule, which limits its application and removes barriers to accessing public benefits for most immigrants.

The CalHHS Public Charge Guide provides current information regarding federal changes to “public charge” determinations and the use of public benefits.

The guide is also available in the following languages: 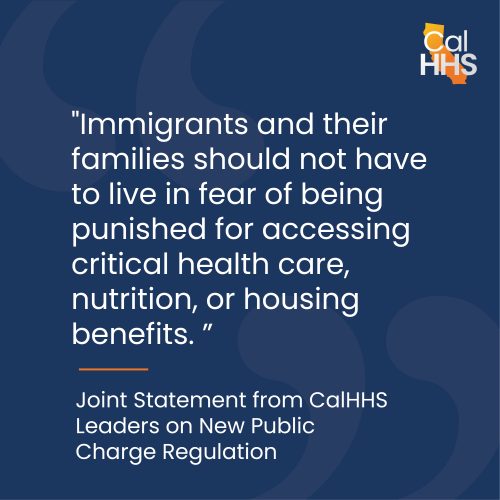 Read the full statement from CalHHS leaders on the new public charge regulation.

For questions regarding this final rule and public charge more generally, a list of nonprofit organizations qualified to assist individuals is available on the California Department of Social Services website.

Get more information on the California Immigration Guide website.